The majority of schools tested in Nova Scotia got an F when it comes to healthy food choices at lunch, according to an auditor general report released Tuesday.

Kim Adair, Nova Scotia’s auditor general, found that fewer than half of the 26 schools tested in the Halifax, Chignecto-Central, South Shore and Annapolis Valley regional centers for education areas were complying with the provincial school food and nutrition policy.

Only nine per cent of those tested in schools with a third-party food service provider were following the policy.

“For the schools not complying with the nutritional requirements of the policy, the main issue related to serving foods more frequently than is allowed during lunch with moderate or minimum
nutritional value,” the report reads.

Breaded frozen chicken, pizza with white crust and chips are examples of foods often offered to children more frequently than the policy allows.

When speaking with cafeteria staff during the audit, Adair’s team was told healthier foods tended to not sell.

“As a result, they were more resistant to offer these foods as it would result in lower profits,” the report reads, also noting healthier foods often cost more than an alternative option.

Adair said the Department of Education and Early Childhood Development didn’t know if healthy foods were being served in schools due to the lack of monitoring.

But Adair pointed out that the policy needs a major update because it is based on the 1992 Canada Food Guide, despite new versions of the guide being released in 2007 and 2019. The provincial policy created in 2006 was supposed to be updated every two years but hasn’t changed since.

Adair raised concerns about the options made available in schools as obesity rates in children continue to rise and Nova Scotia’s rate has been trending higher than the national rate since 2015. 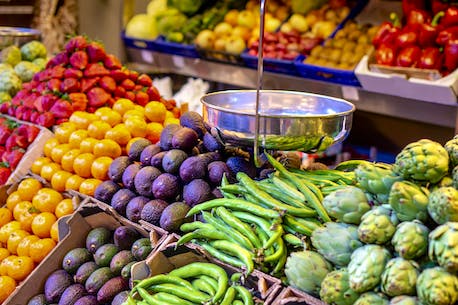 “This emphasizes the importance of taking preventive action early in childhood. Providing healthy food to students at school can help influence future eating habits, which should ultimately lead to healthier adults,” she said.

If not, Adair said it could put the province at risk of spending “billions of dollars” in future health-care costs.

“A universal program that guarantees students one full meal a day at school would help with grocery bills and make sure students across this province get the food they need so they focus less on being hungry and more on learning,” Chender said.

“Giving hungry kids a healthy meal at school would make a real difference for thousands of families across Nova Scotia.”

But it’s not all bad news in the latest report.

Adair found almost all schools offer a free, healthy breakfast program that offers muffins, yogurt, fruit or granola bars for kids to grab on the go.

Adair was also particularly impressed with how the South Shore Regional Center for Education runs its cafeterias.

“All schools but one that we visited in SSRCE were in compliance with the policy,” the report reads.

The center has two staff members who oversee food services in all 23 schools within their region. They also review all recipes for the food served to children and try to ensure healthy meals are “cost effective.”

For the most part, SSRCE only offers healthy options at its schools, eliminating the choice for kids between healthy and unhealthy foods.

“They have many practices in place that we think the department needs to consider leveraging those and applying them across the system,” Adair said.

Adair put forward 10 recommendations in her report, which were all accepted by the Education Department.